The Wind of Change: Maritime Technology, Trade and Economic Development

The 1870-1913 period marked the birth of the first era of trade globalization. How did this tremendous increase in trade affect economic development? This work isolates a causality channel by exploiting the fact that the steamship produced an asymmetric change in trade distances among countries. Before the invention of the steamship, trade routes depended on wind patterns. The introduction of the steamship in the shipping industry reduced shipping costs and time in a disproportionate manner across countries and trade routes. Using this source of variation and a completely novel set of data on shipping times, trade, and development that spans the great majority of the world between 1850 and 1900, I find that 1) the adoption of the steamship was the major reason for the first wave of trade globalization, 2) only a small number of countries that were characterized by more inclusive institutions benefited from globalization, and 3) globalization exerted a negative effect on both urbanization rates and economic development in most other countries.

The 1870-1913 period saw the first significant wave of trade globalization, which introduced important economic and social changes throughout the world. Despite an abundant literature on the causes of globalization at the time, there are significant methodological issues with these studies. Even more surprisingly, very little has been said about the impact of globalization in this era on the economies of countries around the world. In particular, an essential question to ask seems to be whether the increase in trade witnessed at the time was conducive to greater economic development worldwide.  In a highly ambitious move, Luigi Pascali’s paper (distributed by NEP-HIS on 2014-07-13) tackles both issues at the same time, and in so doing contributes significantly to the larger debate on the causes and consequences of trade globalization. 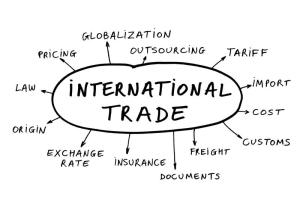 The main challenge in answering these two questions is to deal in each case with an endogeneity problem. Start with the causes of the trade boom. In their attempts to determine whether the rise in international trade could be due to transportation costs, authors have often used freight rates as a proxy for these costs. The problem with this approach is that freight rates are the actual price of transportation. They may be affected by factors which are themselves related to the state of trade (such as demand for goods or economic activity). So causation may not actually run from freight rates to trade – but from other factors related to trade to freight rates.

A similar issue arises when looking at the causal relationship (if any) from trade to economic development. As economic activity may itself have a positive impact on trade – and not just the other way around – a researcher dealing with this question may find a positive correlation between the two but will eventually be faced with a potential endogeneity problem.

Pascali found a creative solution to these difficulties. He did so by making use of the fact that the steamship introduced asymmetric changes (ie. exogenous variation) in trade distances between countries.  Before the steamship, shipping times by sail were mainly determined by wind patterns. The steamship therefore introduced greater changes in shipping times between some countries than between others. Such changes were purely independent of other factors affecting trade, and only linked to such things as the direction of wind and water currents. It thus became possible for the author to examine the effect of a large change in shipping time on trade, independent of other factors linked to trade such as economic activity or market structure.

To compute such a variable, Pascali built an enormous dataset on sailing times (using such variables as velocity and direction of sea-surface winds) and calculated the likely effect of the adoption of the steamship on shipping times for 129 countries between 1850 and 1900. He also expanded available datasets to include more than 5,000 entries on imports and exports and data on urbanization for more than 5,000 different cities.

What he found was that the introduction of the steamship had a much larger (positive) impact on trade than was previously thought.

Pascali also found that he could use the steamship variable to search for causal links running from trade to greater income levels and development. As mentioned above he had isolated changes in shipping times including the influence of countries’ economic activity. But these changes were strongly related to trade itself. They were then used as instrumental variable in a two-stage least squares (2SLS). In other words, this variable effectively dealt with the endogeneity problem in the analysis of the effects of trade on development.

His results were somewhat surprising. Using this variable as an instrument, the regression of development (urbanization, population density and per-capita GDP) on trade yielded mostly significant but negative coefficients on the explanatory variable. It therefore appears that variation in the intensity of trade between two locations does not have a large impact on development – and may even have a negative one.

Even more interestingly, his findings suggest that whether an increase in trade has a positive impact on development depends on a country’s institutions:  only a few countries having a better established rule of law (as measured by “constraints on the executive” – taken from Acemoglu and Johnson (2005)) benefited from an increase in international trade in terms of development. This finding can be related to relatively recent literature (such as Krugman (1991) or Crafts and Venables (2007)) according to which a reduction in trade costs is only beneficial to a certain set of countries (in particular, those specializing in manufacturing). 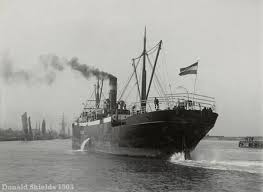 Pascali’s paper thus contributes to questioning the positive effects of lowering trade barriers, which are too often taken for granted. He carefully suggests that trade may have a differential impact depending on countries’ institutions. Perhaps some elaboration and discussion on how exactly these relationships play out would have been welcome.  Nevertheless the author’s questions, creative methodology and findings all make for a fascinating read.

Crafts, N. and A. Venables (2007). Globalization in Historical Perspective. University of Chicago Press.

3 thoughts on “On #Trade, #Globalization, #Development and Steamships”