Abstract This paper examines Gibrat’s law in England and Wales between 1801 and 1911 using a unique data set covering the entire settlement size distribution. We find that Gibrat’s law broadly holds even in the face of population doubling every fifty years, an industrial and transport revolution, and the absence of zoning laws to constrain growth. The result is strongest for the later period, and in counties most affected by the industrial revolution. The exception were villages in areas bypassed by the industrial revolution. We argue that agglomeration externalities balanced urban disamenities such as commuting costs and poor living conditions to ensure steady growth of many places, rather than exceptional growth of few.

On August 24th a couple of philosophers of science asked themselves: ¨What is Economics good for?¨ and they provided a provocative answer in the Opinionator blog of the New York Times. The main argument of the philosophers was that:

¨..the fact that the discipline of Economics hasn’t helped us improve our predictive abilities suggests it is still far from being a science, and may never be.¨

Although tempted, I will not enter the debate here but will discuss something related. Suppose you are asked to predict the population of English cities 100 years from now. Do you think London, Birmingham, Manchester and Liverpool will still be the most populated ones? Will the medium size cities of today grow as much as the smaller cities? I suppose that you will be inclined to think that the size that the city already has will be correlated with its future growth and then it is useful for prediction. Why? I imagine that you could think that the causes that have generated the growth of the cities for the last 50 or 100 years will be in one way or the other pushing their growth in the next 100 years. Alexander Klein and Tim Leunig show that this intuition is not correct, at least for England and Wales during the nineteenth and the first decade of the twentieth century.

Prediction: The image in the NYT Blog

Klein and Leunig’s work is part of a growing scholarship who has given greater attention to Gilbrat’s Law: an empirical regularity that postulates that the growth rate of places is identical for places of all initial sizes. This paper, circulated in NEP-HIS 2013-08-16, tests Gibrat’s law for the period of the most important event in the recent economic history: the British Industrial Revolution.

The Industrial Revolution seems to be such an important ¨shock¨ as to change completely the process behind the growth of the cities in the past. As the authors point out, the British Industrial Revolution implies four major interrelated changes: population grew at an unprecedented rate, both total and per capita income rose, England ceased to be a largely agrarian nation in which people’s locations were tied to the land, and the nineteenth century witnessed a transport revolution covering almost every form of transport and the energy used for transportation. Even more, this period is even more relevant given that it encompasses stage without planning nor zoning rules, so that urban growth was the result of many interacting forces.

The authors find that Gibrat’s law broadly holds, although small villages in areas bypassed by the industrial revolution tended to violate it. Moreover, although the results are similar during the entire nineteenth and the beginning of the twentieth century, it is possible to find some qualitative differences. In the nineteenth century they find a more rapid growth of large towns and cities than small ones. In contrast, at the beginning of the twentieth century in the areas that had been affected by the industrial revolution there are no differences in the growth rates of places of different sizes, because counties were at that time mature. Based on the models of Eeckhout (2004) and Córdoba (2008), the paper also offers an explanation for why Gibrat’s law largely holds even during the rapidly changing environment of the British Industrial Revolution because of the balance between positive agglomeration externalities and negative externalities of high commuting costs and large disamenities of urban life.

Two methodological factors in this paper are worth noting. First, the authors have set a unique, authoritative and comprehensive data set of all cities, towns and villages in England and Wales in the periods 1801-11, 1841-51, and 1901-11. They take advantage of the fact that Great Britain undertook the first census in 1801, and has had decennial censuses ever since. A very important factor for the test is that the descriptive statistics show that the growth in population was led primarily by the growth in the size of existing places, rather than the emergence of new places. The fact that England and Wales were populated in 1801 implied that there was no frontier to open up and that, even when some new settlements were developed (for instance along railway lines), population growth took place overwhelmingly in places that already existed. Therefore, the key urban issue in the period then is to understand what caused the growth of some cities instead of what originated new cities.

At this point, I would like to say that I think this research line would advance significantly if the authors considered the inclusion of other factors to explore the relation between growth and size conditional on these factors. As they establish, the Industrial Revolution completely changed many factors that can be influencing the growth rates of the cities. Just as an example, imagine what could happen with two cities that are identical in all aspects except that one is close to a coal mine. It is likely that the city close to a coal mine will grow more, just because the transport costs of this new energy source are lower. Obviously these factors included in the agglomeration externalities that balance with the commuting cost or disamenities of urban life (negative externalities). But including those factors in a regression between growth and size would provide a more reliably consistent estimation of the (partial) effects of size and the other factors on city growth. In this sense, a multivariate regression of the growth rates over size and other factors would have a more clear the interpretation (and measure) of the economies (and diseconomies) of agglomeration that are suggested and discussed in this paper and that drove the growth of the cities during the period. 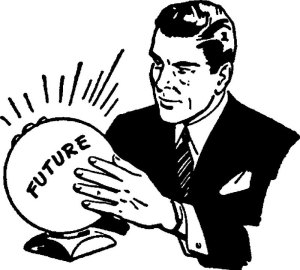 To sum up, I think the paper made a very important contribution robustly showing that there is no unconditional relationship between growth and initial size (besides some small villages bypassed for the Industrial Revolution). The authors provide useful explanations of why this could have happen along of the lines of the models in Eeckhourt (2004) and Cordoba (2008). In short, the authors show that the British Industrial revolution was such an important ¨shock¨ that changed completely the process of growth of the cities, changing the balances between economies and diseconomies of agglomeration. With this in hand and with the incredible database they have constructed, they have also opened the possibility of formally testing the conditional (partial) effects of size and other factors on city growth. This would help to understand the dynamics behind city growth during this key period of time. Furthermore, while the (lack of) unconditional relation between city size and growth rate leaves us ill-equipped for predicting future city growth, the identification of the conditional partial effect of size on growth could improve our “predictive abilities”.