Politics on the Road to the U. S. Monetary Union

Abstract: Is political unity a necessary condition for a successful monetary union? The early United States seems a leading example of this principle. But the view is misleadingly simple. I review the historical record and uncover signs that the United States did not achieve a stable monetary union, at least if measured by a uniform currency and adequate safeguards against systemic risk, until well after the Civil War and probably not until the founding of the Federal Reserve. Political change and shifting policy positions end up as key factors in shaping the monetary union that did ultimately emerge. 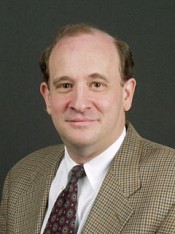 In this piece published in NEP-HIS 2013-04-13, Peter Rousseau argues for the need to complicate the widely-held, simplistic view that political union is a necessary condition for a successful monetary union. By studying the intersection of politics, money and finance in the United States from the American Revolution to the Great Depression, Rousseau posits that there is no automatic mechanism to ensure the concurrence of political and monetary union.

Although Rousseau begins his paper with a rather narrow definition of monetary union as a “system with a uniform currency and adequate safeguards against systemic risk” (Rousseau 2013: 1), he expands it throughout the paper to take into account other characteristics and consequences of processes of monetary unification.

The most obvious element of monetary union is the adoption of a single unit of account and uniform currency throughout a territory. To function, monetary union requires credible authorities with effective powers to control the supply of money while properly backing liabilities to minimize uncertainty. To reduce transactions costs, monetary union also demands institutional arrangements between the government and the banking system as a private supplier of means of payment. With monetary union, short-term and long-term capital markets become part of a payments system, whereby due to network effects, the reduction of borrowing costs in regular conditions can meet rapidly-spreading liquidity squeezes in times of financial distress. To recapitulate, monetary union has a dual, difficult nature, for it requires the virtuous alignment of public and private interests; henceforth, politics will mold for better or for worse the actual operation of any monetary union.