The Fall of Capital Punishment and the Rise of Prisons: How Punishment Severity Affects Jury Verdicts

Abstract: This paper studies the effect of punishment severity on jury decision-making using a large archival data set from the Old Bailey Criminal Court in London from 1715 to 1900. We take advantage of three natural experiments in English history, which result in sharp decreases in punishment severity: The offense specific abolition of capital punishment in the 1800s, the temporary halt of penal transportation during the American Revolution, and the abolition of transportation in 1853. Using a difference-in-differences design to study the abolition of the death penalty and pre-post designs to study the temporary and permanent halts to transportation, we find that decreasing expected punishment (especially via the end of the death penalty), had a large and significant impact on jury behavior, generally leading to the jury being ‘harsher’. Moreover, we find that the size of the effect differs with defendants’ gender and criminal history. These results raise concerns about the impartiality of juries as well as the implicit assumption often made when designing and evaluating criminal justice policies today – that the chance of conviction is independent of the harshness of the penalty.

This is a very interesting article. It focuses on what is a hot topic today in British jurisprudence, and sets it within a strong historical context. It shows a deep understanding of the issues concerning statutory interpretation, and the consequent pressures facing juries. The uniqueness of this article is that it explores the extent to which juries were influenced by the severity of the punishments available to Judges. The article draws on thousands of pages of testimony from the Old Bailey Court Records. This magnificent online resource has opened several new possible avenues of research into the legal history of the United Kingdom, and this article will undoubtedly make a very important contribution in this field. 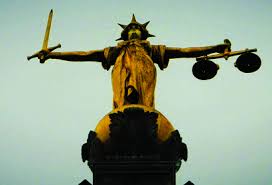 The Old Bailey, The Central Criminal Court of England and Wales, has passed down countless historic legal judgments

In examining the wide range of material from thousands of court cases, the authors conclude that the pressures on jurors were immense. These pressures, and ultimately their decision on whether to convict, were deeply influenced by not only moral judgements reached by individuals, but emotional considerations based on the severity of the sentence likely to be passed. In the nineteenth century, when punishments such as transportation to Australia were used for crimes, this would often lead to the death of those convicted (owing to the bad conditions and the length of the journey) and raise deeper questions about the quality and validity of the evidence. The conscience of jurors certainly would be provoked if the person sentenced to transportation or death was later found not guilty of the crime to which they were convicted.

The common scene of a public hanging had been an integral part of the English Legal System, but was now becoming more open to question in the latter part of the nineteenth century.

In their detailed analysis of the statistics concerning conviction rates, the authors show that there was an overall increase of 7.6% in convictions after the abolition of the death penalty. This was taken as an average across a range of offences. The area seeing the largest increase in convictions was for sexual offences (increasing by 34.5%) and fraud (increasing by 22%). However, the authors argue that these convictions, passed in the latter half of the nineteenth century, did not occur against a backdrop of improved evidence in court. In fact, they suggest that since the abolition of the death penalty in the twentieth century, it is possible that jurors were more ready to convict in the knowledge that this would lead to imprisonment (and subsequent release if found not guilty) than if capital punishment had remained in place.

Another aspect explored by the authors is whether there is a connection between capital punishment and criminal behaviour. Citing the 1823 Judgement of Death Act, the authors note that Prime Minister Robert Peel used this legislation to render capital punishment discretionary for judges (except for murder and treason). This could potentially explain the rise in convictions for other crimes that the authors cite, suggesting again that the absence of capital punishment for these crimes made juries more likely to convict. Moreover, they allude to the procedural changes that occurred with the conduct of juries in 1974. Hereafter, juries would only be permitted to listen to one case, and would remain in charge of the case until its conclusion (or their removal by a judge). Previous regulations permitted juries to listen to several cases. This procedural change was in part to ensure the quality of decision-making to facilitate the best form of justice to all through the age-old English legal system that ensured trial by your peers.

The latter part of the paper uses complicated (and very impressive) quantitative methods to identify the discontinuities caused by the changes to the sentencing provisions. The overall conclusion is that not only the ultimate abolition of capital punishment in Britain in the twentieth century contributed to increased convictions, but that changes to sentencing laws provided fertile ground for increased criminality. While the reasons for this are not explored in detail, they could be connected to contemporary debates on this topic, where Conservatives have traditionally argued that ‘softer’ punishments, and community rehabilitation does not provide a deterrent for criminals.

The dilemma facing juries was whether their conviction would result in the death penalty. Later evidence showing that the accused was innocent would prove a major factor influencing juries when considering the legal punishments open to them when listening to court cases.

Critique
There is a lot of insightful analysis and information in this paper. The connections that it develops between changes to sentencing law and the impact on juror’s psyche is interesting and new. It is based on a sound and comprehensive archival base that shows a deep understanding of the legal context. It answers its original research question comprehensively. Any suggestions for improvement would seem like a criticism, which I do not intend to make, as I believe this paper will make a very important contribution to the historiography of the English legal system in its current form. My suggestions perhaps would be more aptly placed if they were offered as possible suggestions for future research. For example, it would be interesting to get more information (if it is available) about the social class from which jurors were drawn. Since juries were supposed to reflect the composition of society, it would be interesting to see whether there were correlations between sentencing and the social demographic from which the jurors came. For example, would a conviction of a working-class criminal be more likely with a jury comprising people from predominantly a higher social class. I appreciate that this is a completely different research question, but as noted, this paper has comprehensively answered its own research question but has posed several others that may be worthy of investigation. Furthermore, this paper has examined the thousands of materials available at the Old Bailey, but would there be any scope to extend this research to a local level, to ascertain whether there were any local or regional variations to these findings? Nevertheless, this is a most impressive paper, and I hope that we will hear a lot more from these authors on this topic.