Legal Centralization and the Birth of the Secular State

This paper investigates the relationship between the historical process of legal centralization and increased religious toleration by the state. We develop a model in which legal centralization leads to the criminalization of the religious beliefs of a large proportion of the population. This process initially leads to increased persecution, but, because these persecutions are costly, it eventually causes the state to broaden the standards of orthodox belief and move toward religious toleration. We compare the results of the model with historical evidence drawn from two important cases in which religious diversity and state centralization collided in France: the Albigensian crusades of the thirteenth century and the rise of Protestant belief in the sixteenth century. Both instances sup- port our central claim that the secularization of western European state institutions during the early-modern period was driven by the costs of imposing a common set of legal standards on religiously diverse populations.

The cause of the transition from religious to secular government in Europe remains a heavily debated topic among historians of all flavours. This working paper, by George Mason University economic historians Noel Johnson and Mark Koyama, provides a novel explanation by marrying a formal model with secondary literature to construct an analytic narrative. Distributed by NEP-HIS on 2012-09-03, the paper contrasts the history of the Cathars and the Huguenots to argue that secularisation was a way for the French Crown to limit the costs of legal centralisation.

Johnson and Koyama argue that traditional accounts of European secularisation don’t quite match the history; the process commenced much earlier than existing explanations give credit to. Secularisation cannot be a product of the 18th century Enlightenment movement as it is observed at least two centuries earlier. And secularisation cannot be associated with the advent of religious toleration, a thesis advocated by the likes of Montesquieu, as it occurred at a time of religious strife. The solution offered in this paper is that a path towards secular government was taken because enforcing an intolerant orthodoxy was deemed no longer “cost effective” by Europe’s rulers.

Johnson and Koyama apply their theoretical model to French history. In so doing they are able to explain why the Cathars were the subject of a Crusade in thirteenth century, whilst the Huguenots were (eventually) permitted to co-exist with the official religion of the French state in the sixteenth century. In line with recent historical research, they note that the Cathars only consciously became a separate heretical religion when the French defined it as such in their effort to incorporate Languedoc into the French state; in reality their beliefs were very similar to the French orthodoxy. By contrast, the Huguenots were a self-defined separate religious and political grouping. The very process of state formation led to the Cathars being seen as a legitimate target for elimination, but permitted the Huguenots to co-exist with Catholics (following a short initial spike in persecution). The Reformation led to an increase in the bounds of tolerance because eliminating a highly cohesive and highly deviant new religion simply became too expensive. 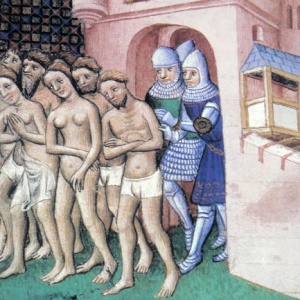 I would like to see this model applied to the Low Countries, an analytical narrative I will now briefly attempt to start myself. Taken together, the people of the Seventeen Provinces (what are now the Netherlands and Belgium) can be said to have formed three separate groups: the linguistically and culturally homogenous Protestant Netherlands north of the Rhine delta (Holland and its hinterland), the Dutch-speaking Catholic Netherlanders (Brabant and Flanders), and the French-speaking Walloons in the far south. The fact that the Protestant north colonised and incorporated half of the Catholic south in its effort to break away from Habsburg Netherlands means that the new Dutch state had to either tolerate or eradicate the highly cohesive and highly deviant Roman religion it now found within its borders. In the end, it chose the former. Perhaps the cost of purging the Generality Lands of their separate religious identity was found to be too costly in the face of the protracted war between the Seven United Provinces and Habsburg Spain.

The construction of analytical narratives is an approach to economic history that has been popularised, above all, by Avner Greif in his work on the Maghribi traders. As a consequence of Greif’s choice of theoretical framework, it has become viewed by many in the profession as the application of game theory to history. Johnson and Koyama – the latter of whom teaches a graduate course on analytic narratives at GMU – form part of a new group of “analytic narrators” who use other rational choice frameworks in their research. This second wave may allow the analytic narratives project to grow from being merely applied game theory into a genuine independent methodology. I would like to see analytic narratives used elsewhere in business, economic and financial history; its use in business history in particular could prove fruitful, perhaps in the context of the “New Business History” project initiated by Abe de Jong and David Higgins.