Clio in the Business School: Historical Approaches in Strategy, International Business and Entrepreneurship

Recently Martin Parker (Bristol) has taken to the airwaves promoting the idea of bulldozing the business school. In sharp contrast, Andrew Perchard, Niall McKenzie, Stephanie Decker, and Giovanni Favero make a compelling case for certain disciplines in the management sciences to open themselves to alternative methodological and epistemological approaches. They argue that the fields of strategy, international business, and entrepreneurship have not embraced historically-oriented research to the same extent as other fields within business and management studies. The authors also admit that many scholars conducting historical business research have not made a sufficiently solid case about the robustness of their historical methodology(s) or data to convince other social scientists about the validity of their claims. Drawing upon an impressive range of previous works to develop their discussion, the paper attempts to reconcile these discrepancies to highlight how a more explicit articulation of the historian’s process could overcome the concerns of ‘mainstream’ management scholars regarding theorization and methodology in these three fields specifically and in management studies generally.

One major concern held by non-historians is that historical work illustrates an alleged a-theoretical or even anti-theoretical nature of scholarly writing (Duara, 1998). A second major concern is that historical methods (i.e. of data collection) are not sufficient grounds upon which to base management theory. The authors demonstrate the complexities of these issues with respect to existing historical work in business and management studies, such as the ‘cherry-picking’ of outlier events to support a more general point – especially by scholars in other fields applying historical methods rather casually – and place responsibility upon business and management historians to make their process(es) more transparent and explain themselves and their work better to other social scientists. The article claims that the “continuing distinctions drawn between the primary data created by social science research…with the collection of ‘secondary’ documentary evidence in archives…are misleading.” (p. 915). Whereas social science researchers will be aware explicitly about potential sources for bias in their data and often include discussions about this in their work, the historical process ‘internalizes’ these judgements and thus appears to hide them from the reader. The discipline of history, so accustomed to the individual historian’s assessment of the materials being examined, assumes that with satisfactory preparation the historian’s assessment will be reasonable based on her (or his) knowledge of the historical context, the actors involved, and assumptions about the rationality and practicality of the various decisions that might have been made at any particular point in the timeline. But it is this internalization of decision-making and assessment which so troubles non-historians and why the authors call for business and management historians to “more clearly articulate the methodologies adopted by historians to show the value of history to business and management studies…” That there is value to be realized is shown through the acceptance of historical approaches by other branches of the management studies arena, and their point is that these three sub-fields have been slower to warm to their use than others. 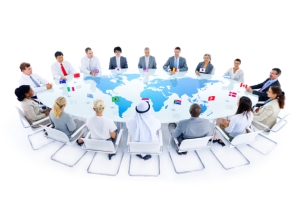 The major difficulty here lies in the way data are encountered: the social scientist generates new ‘primary’ data through his or her interaction with respondents whether actively (through interviews or questionnaires) or passively (through observation). Given the nature of historical work, of course this style of primary data generation is seldom possible: all the protagonists are gone and even the organization(s) to which they were affiliated may have disappeared or transformed beyond anything the historical actors could have imagined. Indeed even the labels of what constitutes ‘primary’ and ‘secondary’ data differ between historians and other groups of social scientists. What the historian then faces is piecing together traces of the past much like an archaeologist might do when exploring new ruins. The main difference is that the business historian deals with written records while the archaeologist deals with physical remains, but in both cases often as much (or more) remains hidden as is brought to light in the process of discovery. This process, and the gaps in data continuity that it allows, appear to bother social scientists whose epistemological approach is steeped in the rationalist arguments of the physical sciences and applies only to the data they have actively sought to collect. That other elements can be discarded as irrelevant to the analysis likewise troubles historians for whom contingency and context are vitally important pieces of the story.

There are a number of significant factors here which the article discusses at some length, but what is striking about the discussion is that there is, perhaps ironically, seemingly little consideration for how these disciplines arose and evolved over time and whether these differences in development might be at the root of the issue. History as an activity reaches back to antiquity but the modern discipline of history received fresh articulation in the early nineteenth century. In contrast, the fields one might ascribe to the ‘social science’ area relevant to business and management (anthropology, communications, economics, geography, sociology, and psychology, for example) tend as a group to be newer and as part of their growth had to justify space in the academic environment for themselves. The process of doing so led these fields to ally themselves with the methods and approaches of the physical sciences to gain scientific credibility in a way that the traditional subject of history never did. The discipline of history, and by extension business and management history, is now playing a catch-up game to find ways to articulate and justify its value as a discipline in the face of criticism from practitioners in other fields. Perchard et. al. try to move this process forward by explaining to historians how their work could or should be explained differently (not necessarily done differently) to assist non-historians in assessing and appreciating its value. Here they remind us of the work of Andrews and Burke (2007) whose ‘five Cs’ (change over time, causality, context, complexity, and contingency) provide a useful guide to help non-specialists appreciate the aspects that historians are likely to fix upon as explanatory variables. The authors also point to the work of Jones and Khanna (2006) and Maclean, Harvey, and Clegg (2016) as helpful in making historical work relevant to mainstream business and management studies.

The article is a valuable contribution to the on-going effort to bring management and business historians closer to those studying and theorizing about management and business activity. Its relevance touches on a number of critical issues both in the academic field of study and related to the career development of those engaged in this kind of research.

Andrews, Thomas and Burke, Flannery (2007), “What Does it Mean to Think Historically?”, Perspectives in History, available at: https://www.historians.org/publications-and-directories/perspectives-on-history/january-2007/what-does-it-mean-to-think-historically