In this paper Michael Bordo presents empirical historical evidence to analyze the incidence of credit-driven asset price booms and the extent to which they cause deep financial crises. The main argument of the paper is that we have to consider very carefully whether monetary policy should suffer a structural transformation whenever a rare “perfect storm” event occurs. Bordo supports this argument by looking at the correlation between and possible causality from credit-driven asset price booms to financial crises. The relation, he argues, is rather weak. Nonetheless, the consequences of implementing restrictive monetary policies when these events happen can be significantly bad in the long run.

The paper begins by reviewing the historical evolution of monetary and financial stability policy. In section 2 the author summarizes the appearance of central banks and the evolution of their functions and responsibilities, mainly as lender of last resort (LLR), across five di 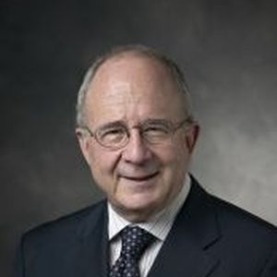 fferent periods: the “Classical Gold Standard”, the “Interwar and World War II”, the “Bretton Woods” period between 1944-1973, the “Managed Float Regime” between 1973-2006, and the “Global Financial Crisis”.

The next section of the paper deals with the measurement of financial crises in historical perspective. It starts by clarifying the definition of financial crises and looking at how this definition has changed from describing a banking panic to include “too important to fail” institutions, currency crises, sovereign debt crises, credit-driven asset price booms, sudden stops, and contagions. Of these crises, Bordo identifies five of them as global: 1890-1891, 1907-1908, 1913-1914, 1931-1932, and 2007-2008. He then turns to report the output losses of those global financial crises, using the cumulative percentage deviation of GDP per capita from the pre-crisis trend level of per capita GDP. He finds that in “the pre-1914 era the losses ranged from 3% to 6% of GDP. For the interwar period, driven by the Great Depression they are much larger – 40%. In the post Bretton Woods period losses are smaller than the interwar but larger than under the gold standard”. Finally, he finds that output losses in the period after 1997 are larger than in the pre-1914 period. The author ends this section by analysing the determinants of financial crises. Using a meta-study he concludes that financial crises are quite heterogeneous, and no particular factor stands out as a main determinant for their occurrence.

Section 4 of the paper reviews the historical narrative of a subset of 12 cases to evaluate the extent to which credit-driven asset price booms have been an important cause of financial crises. Bordo argues that although after the 2007-2008 crisis this factor has become more relevant, this was not the case before the collapse of Bretton Woods, with a few exceptions before World War II. Section 5 looks deeper into the relationship among credit booms, asset price booms, and financial crises using a business cycle methodology with a sample of 15 advanced countries from 1880 onwards. Once again, there is evidence that “suggests that the coincidence between credit boom peaks and serious financial crises is quite rare”. Moreover, credit booms do not seem to be highly correlated with asset price booms (except for the Great Depression and the Global Financial Crisis).

The paper concludes by stating that there are four key principles to be followed to have a stable monetary policy regime that can be compatible with financial stability. These are: price stability, real macro stability, a credible rules-based LLR, and sound financial supervision and regulation and banking structure. These principles do not suggest that financial stability has to be elevated to the same level of importance as price stability or macroeconomic stability, and that implementing macroprudential tools to restrict monetary policy after a “perfect storm” can be more dangerous than beneficial in the long run.

This paper brings important elements to the debate of whether implementing macroprudential tools is the right path to achieve financial stability. Moreover, Bordo raises a critical question that has not been properly addressed in the literature. To what extent can macroprudential tools be harmful for long-run economic growth? Additionally, the author invites us to question whether central banks should undertake activities that go beyond monetary policy (as bailing out failing institutions) to the point of putting at risk their credibility and even their independence, as it has already happened in the past.

Once again economic history becomes relevant to understand and shed a new light to contemporary debates. In particular, this paper implements a transparent and simple methodology to analyze whether credit-driven asset price booms can cause financial crises and if monetary policy should be fundamentally transformed when financial markets are hit by a “perfect storm”. The author is quite skeptical of the implementation of restrictive monetary policies to deal with serious financial crises, although there is still considerable room for more research to clarify this debate. Even though Bordo avoids using econometrics to assess this issue, the methodology proposed in this paper can still be subject to the Lucas critique (Lucas 1976). Therefore, there is still the need for a robust methodology that can provide evidence to produce a sound and testable economic theory to thoroughly study and understand this phenomenon.

More important, we still have to ask whether we can differentiate real productivity booms from bubbles. If there is still a lack of knowledge in this area we will not be able to know if we have the appropriate tools to diagnose a bubble and defuse an asset price boom before it bursts. Therefore, we cannot state for sure whether central banks should follow the Greenspan doctrine (Bernanke and Getler 2001), or if they should be more proactive in the procurement of financial stability. Even more and following the main argument of the paper, it is very important to ask and understand if financial stability should be granted the same importance as price stability or the stability of the real macroeconomy. For now, the answer seems to be no, but there also seems to be sufficient evidence to argue that banking should be made boring again (Krugman 2009).