by Oscar Gelderblom and Joost Jonker (both at Utrecht University)

Abstract: We analyze the evolution of payments in the Low Countries during the period 1500-1800 to argue for the historical importance of money of account or ghost money. Aided by the adoption of new bookkeeping practices such as ledgers with current accounts, this convention spread throughout the entire area from the 14th century onwards. Ghost money eliminated most of the problems associated with paying cash by enabling people to settle transactions in a fictional currency accepted by everyone. As a result two functions of money, standard of value and means of settlement, penetrated easily, leaving the third one, store of wealth, to whatever gold and silver coins available. When merchants used ghost money to record credit granted to counterparts, they in effect created a form of money which in modern terms might count as M1. Since this happened on a very large scale, we should reconsider our notions about the volume of money in circulation during the Early Modern Era.

In a recent contribution to the Payments Journal, Mira Howard noted:

It’s no secret that the payments industry has been undergoing a period of enormous growth and innovation. Payments has transformed from a steadfast, predictable industry to one with solutions so advanced they sound futuristic. Inventions such as selfie-pay, contactless payments, crypto currency, and biotechnology are just examples of the incredible solutions coming out of the payments industry. However, many payments companies are so anxious to deliver “the future” to merchants and consumers that they overlook merchants that are still stuck using outdated technologies.

The paper by Gelderblom and Jonker is timely and talks to the contemporary concerns of Mira Howard by reminding us of the long history of innovation in retail payments. Specifically, the past and (in their view) under appreciated use of ledger technology (you may want to read its current application behind Bitcoin inThe Economist Insights).

Gelderblom and Jonker set out to explain high economic growth in the Low Countries during the 17th and 18th centuries in a context of scarce media to pay by cash given low coinage, recurrent debasements and devaluations. Their argument is that scarcity of cash did not force people to use credit. Instead silver and gold coins were used as a store of value while daily transactions were recorded in ledgers while translated into a “fictional” currency (“a fictive currency, money of account or ghost money”, p. 7). This provided a common denominator in the use of different types of coin. For instance they cite a merchant house in Leiden transacting in 28 different coin types. 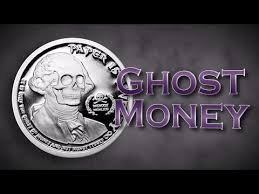 Gelderblom and Jonker build their argument using different sources including a re-examination of relevant literature, probates and merchant accounts. Together they build a fascinating and thought provoking mosaic of the financial aspects everyday life in the Early Modern age. One can only praise Gelderblom and Jonker for their detail treatment of these sources, including a balanced discussion on the potential limitations and bias they could introduce to their study (notably their discussion on probate data).

The use of a unit of account in a ledger to deal with multiple currencies was by no means unique to the Low Countries nor to the Medieval period. For instance, early Medieval accounting records of the Cathedral of Seville followed the standard practice of keeping track of donations using “maravadies” while 19th century Kuwaiti merchant arithmetic of trade across the Indian Ocean and the Persian Gulf was expressed in Indian rupees [1]. Gelderblom and Jonker, however, go a step beyond using trends in probate data to explore whether there was widespread use of credit and also, extant literature to determine the scarcity of different coins and precious metals.

As part of their arguments Gelderblom and Jonker also question the “efficiency” of the so called “stage theory of money”. This echoes calls that for some time economic anthropologist have made, as they have provided empirical support questioning notion of the barter economy prior to the emergence of money and thus pointing to the illusion of the “coincidence of and wants” (for a quick read see The Atlantic on The Myth of the Barter Economy and for an in depth discussion see Bell, 2001). The same sources agree that the Middle Ages was a second period of demonetization. Moreover, systems of weight and measures, both being per-conditions for barter, were in place by the Early Modern period in Europe then a barter or credit economy rather than the gift economy that characterized pre-monetary societies was a possible response to the scarcity of cash. Gelderblom and Jonker provide evidence to reject the idea of a credit economy while conclude that “barter was probably already monetized” (p. 18) and therefore

“we need to abandon the stage theory of monetization progressing from barter via chas to credit because it simply does not work. … we need to pus the arguments of Muldrew, Vickers, and Kuroda further and start appreciating the social dimensions of payments”.(pp. 18-19)

I could not agree more and so would, I presume, Georg Simmel, Bill Maurer, Viviana Zelizer, Yuval Millo and many others currently working around the sociology of finance and the anthropology of money.

[1] Many thanks to Julian Borreguero (Seville) and Madihah Alfadhli (Bangor) for their comments. 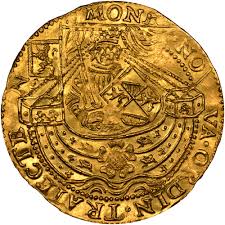 1 thought on “Coinucopia: Dealing with Multiple Currencies in the Medieval Low Countries”