Abstract – There are some striking similarities between the pre 1914 gold standard and EMU today. Both arrangements are based on fixed exchange rates, monetary and fiscal orthodoxy. Each regime gave easy access by financially underdeveloped peripheral countries to capital from the core countries. But the gold standard was a contingent rule—in the case of an emergency like a major war or a serious financial crisis –a country could temporarily devalue its currency. The EMU has no such safety valve. Capital flows in both regimes fuelled asset price booms via the banking system ending in major crises in the peripheral countries. But not having the escape clause has meant that present day Greece and other peripheral European countries have suffered much greater economic harm than did Argentina in the Baring Crisis of 1890.

In this paper Bordo and James seek to analyse the impact of the financial crisis of 2007-8 in the context of previous crisis. Specifically by comparing the experience of periphery countries of the Eurozone with those of the “classic” Gold Standard. 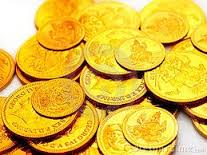 In their paper Bordo and James give a synopsis of the similarities which emerged between both monetary regimes. By adhering to a gold parity there was an expansion in the banking system, through large capital inflows, which was underpinned by a strong effective state to allow for greater borrowing. A nation was effective if it held an international diplomatic commitment, which in turn required them to sign into international systems, all the while this played into the hands of radical political parties who played on civilian nationalism[1]; these events combined lead to great inflows of capital into peripheral countries which inevitably led to fiscal instability and a resulting crisis. Similar dilemmas occurred within the EMU, but much more intensely.

This brings me to the main point that the authors emphasize, that of the contingency rule of the classic gold standard. The latter allowed member countries a “safety valve for fiscal policy”. Essentially this was an escape clause that permitted a country to temporarily devalue its currency in an emergency, such as the outbreak of war or a financial crisis, but would return to normalcy soon after, that is, they would return to previous levels. Bordo and James’ argument is that this lack of a contingency within the EMU allowed for a more severe financial crisis to afflict the periphery countries (Greece, Ireland and Portugal) than had affected gold standard peripheries (Argentina, Italy and Australia) as modern day EMU countries did (and do) not have to option to devalue their currency. 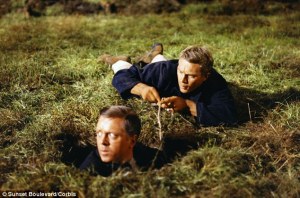 Bordo and James point out that crisis during the gold standard were very sharp, but did not last as long as the 2007-8 crisis. This because the exclusion clause during the gold standard enabled a “breathing space” and as a result most countries were back to growth within a few short years. The EMU story is quite different, say Bordo and James. Mundell (1961) argued that a successful monetary union requires the existence of a well-functioning mechanism for adjustment, what we see in the EMU are a case of worse dilemmas due primarily to this absence of an escape clause.

The above quote provided by Gibson, Palivos and Tavlas (2014) highlights how the gold standard allowed a country to adjust to a deficit. This point reinforces how Bordo & James argue that due to the constricting nature of the EMU there is no “safety valve” to allowed EU countries to release the steam from increasing debt levels. With respect to the Argentine Baring Crisis of 1890, while the crisis was very sharp in terms of real GDP, pre-crisis levels of GDP were again reached by 1893 – clearly a contrast with the Euro as some countries are still in recession with very little progress having been made as suggested by the following headline: “Greece’s current GDP is stuck in ancient Greece” – Business Insider (2013).

The following graph highlights the issue that in Europe most countries are still lagging behind the pre-crisis levels of GDP.

Bordo and James clearly support this argument. Delles and Tavlas (2013) also argue that the adjustment mechanism of core and periphery countries limited the size and persistence of external deficits. They put forward that the durability of the gold standard relied on this mechanism. This is reinforced by Bloomfield (1959) who states it “facilitated adjustments to balance of payments disequilibrium”.

Vinals (1996) further supports the authors’ sentiments by arguing that the Treaty of Maastricht restricts an individual member’s room to manoeuvre as the Treaty requires sound fiscal policies, with debt limited to 60% of GDP and annual deficits no greater than 3% of GDP – meaning a member cannot smooth over these imbalances through spending or taxation.

Gibson, Palivos and Tavlas (2014) state “a major cost of monetary unions is the reduced flexibility to adjust to asymmetric shocks”. They argue that internal devaluations must occur to adjust to fiscal imbalances, but go on to argue that these are much harder to implement than in theory, again supported by Vinals (1996).

Bordo and James focus primarily on three EU periphery countries which are doing badly, namely Greece, Ireland and Portugal. However they neglect the remaining countries within the EU which can also be classed as a periphery. According the Wallerstein (1974) the periphery can be seen as the less developed countries, these could include further countries such as those from eastern Europe[2]. By looking at a more expansive view of peripheral countries we can see that these other peripherals had quick recoveries with sharp decreases in GDP growth, as in the case of the Gold standard countries, but swiftly recovered to high levels of growth again while the main peripheral countries the authors analyse do lag behind.

Bordo and James do provide a strong insight into the relationship between an adjustment mechanism to combating fiscal imbalances as a means of explaining the poor recovery of certain peripheral countries (i.e. Greece, Ireland, Portugal) and highlight the implications of this in the future of the EMU. If the EMU cannot find a contingency rule as the gold standard then recessions may leave them as vulnerable in the future as they are now.

1) This process can be thought of as a trilemma, Obstfeld, Taylor and Shambaugh (2004) give a better explanation. In the EU the problem was intensified as governments could back higher levels of debt, and there was no provision for European banking supervision, the commitment to EU integration let markets believe that there were no limits to debt levels. This led to inflows in periphery countries where banks could become too big to be rescued.

2) Latvia, Lithuania, Slovakia, Slovenia, and even Cyprus can be included based on low GDP per capita which is equivalent to Greece.

3) Data taken from Eurostat comparing real GDP growth levels of lesser developed countries within the Eurozone who all use the euro and would be locked into the same system of no adjustment.

Wallerstein, Immanuel (1974). The Modern World-System I: Capitalist Agriculture and the Origins of the European World-Economy in the Sixteenth Century. New York: Academic Press.

1 thought on “By failing to prepare, you are preparing to fail”