The Formative Years of the Modern Corporation: The Dutch East India Company VOC, 1602-1623

With their legal personhood, permanent capital with transferable shares, separation of ownership and management, and limited liability for both shareholders and managers, the Dutch East India Company (VOC) and subsequently the English East India Company (EIC) are generally considered a major institutional breakthrough. Our analysis of the business operations and notably the financial policy of the VOC during the company’s first two decades in existence shows that its corporate form owed less to foresight than to constant piecemeal engineering to remedy original design flaws brought to light by prolonged exposure to the strains of the Asian trade. Moreover, the crucial feature of limited liability for managers was not, as previously thought, part and parcel of that design, but emerged only after a long period of experimenting with various, sometimes very ingenious, solutions to the company’s financial bottlenecks.

The Dutch East India company may be among the best researched businesses of all time, but it is testament to its importance as a proto-multinational and the quality of its archive that research on this firm continues to inform contemporary research debates. The working paper by Gelderblom, De Jong & Jonker (NEP-HIS 2014-01-17), which has since been published in the Journal of Economic History, is interesting as it deals with the early years of the VOC (Vereenigde Oostindische Compagnie), and presents both a historical narrative as well as some distinctive challenges to previous assumptions. Their paper has to be seen as both an interesting contribution to other researches on the VOC, as well as some more general debates.

The continued interest in this very old company is due to a variety of reasons. Even a short sweep of recent work that relates to the VOC shows a remarkable breadth of themes. Wim van Lent has compared management policies of the VOC with its competitor, the English East India company, to understand some problems of its organizational evolution (Sgourev & Van Lent, 2011). This comparison is so intriguing not just because of the Dutch-English colonial competition during this time period, but also because the two East India companies were organized very differently, and almost provide a naturally occurring counterfactual for each other in a laboratory that tests organizational effectiveness at long distance.

As both firms date back to the seventeenth century, and were among the first well-documented examples of how organizations dealt with the challenges of managing across vast distances, their corporate histories are of great importance in and of themselves. Both provide organizational solutions to some of the perennial problems of multinationals, which struggled with poor communication and oversight of operations, especially the difficulties of enforcing control and monitoring the trustworthiness of its agents. 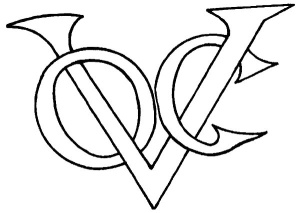 Gelderblom et al. discuss the attitudes and conflicts within the Dutch Republic over the control of the VOC, the world’s first modern corporation

But despite all of these similarities to the multinationals of later stages, the East India companies were also fundamental different, and creations of their own time. The companies, especially the VOC, often took on roles that made them quasi-governmental bodies. As a result, they were involved in some of the day-to-day issues of governance of empire, which made these archives particularly rich. Thus they have been researched beyond the narrow confines of business history, and the particular insights that can be gained from those files have been discussed in great detail by Ann Laura Stoler (2009), a well-known postcolonial historian of gender and empire. The conduct of business often involved the company in political and personal issues well beyond what one would usually expect to see in a business archive, which offers rich contextual insights into the time period and its attitudes.

It is in this regard that the paper by Gelderblom et al. is interesting, as it discusses the attitudes and conflicts within the Netherlands over the control and financing of the VOC, and the exact rights and obligations of its directors. The paper takes core historical values such as contextualization and contingency (O’Sullivan & Graham, 2010) seriously, and paints a rich picture of the time period and some of the characters that influenced the decision-making within and beyond the VOC. The importance of these issues lies in more conceptual debates about the evolution of limited liability in the West (as opposed to other commercially vibrant areas such as the Middle East). Gelderblom et al.’s analytically structured narrative (Rowlinson, Hassard & Decker, 2014) highlights that although the VOC possessed some important legal features that we commonly associate with modern corporations, others developed only during its first years of operations in response to external pressures.
Consequently, having acquired two key features of the modern corporation (the split between ownership and management and transferable shares) from the outset, the VOC obtained three more (a permanent capital, limited liability for directors and by extension legal personhood) step-by-step over a period of some twenty years. Thus the five features did not come as a package, as a coherent logical set.

Their narrative shows how most of these pressures reflected financial constraints, as the large-scale trading activities in conjunction with military expeditions were a far larger undertaking than anything that had hitherto been financed on the Amsterdam money markets. This is an important contribution, and their short discussion in the conclusion quite sensitively highlights that some assumptions about the superiority of the Western institutional frameworks, such as argued for by Kuran (2010), are perhaps too ethnocentric to fully understand not just the different evolution of institutions in other cultures, but can also blind researchers to the historically contingent development of the legal frameworks that we now take for granted. 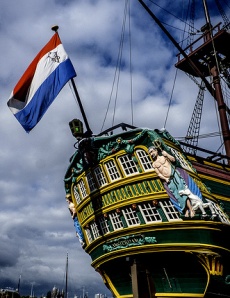 Gelderblom et al. hide much of their contribution in their paper’s appendix

In light of the above, it is noticeable that the actual narrative takes up the largest part of the paper, and that it is only at particularly important junctures that the historiographical literature is challenged, while the framing in the introduction and conclusion is more heavily conceptual. These insights that can only be developed from a careful, in-depth historical investigation perhaps deserve better highlighting. This extends to the title, which does not quite do justice to the large themes that inform the historical narrative. Finally, it is only in the appendix that it becomes clear for readers not familiar with the nature of the VOC archive that this early period that the paper deals with is indeed not as well-researched as the later period, especially in terms of its financial performance. All of this adds up to another interesting angle of research on the VOC, which as a company and an organizational archive is clearly a case of great importance for the history of business and its institutional developments.

2 thoughts on “The institutional co-evolution of proto-multinationals”